Harapan should just prepare for GE15 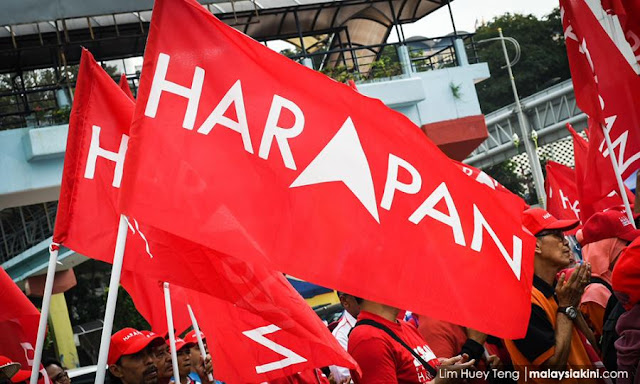 With each passing day, it's becoming painfully obvious that the best option for Harapan is to prepare itself for GE15. Forget about doing a counter-coup against the backdoor government of Perikatan.

I know it's very tempting to want to do a counter-coup when Perikatan is just hanging by a tread. But where are you going to get the numbers from? Answer: Frogs.

If nothing else, what Harapan has got going for itself is that it's more or less sorted out its seat allocations. DAP, PKR and Amanah each have got their seats carved out, as per GE14.

What different is that among themselves, they need to decide who will contest in Bersatu and Warisan seats.

Yes, they should contest wherever Bersatu and Warisan contests. The reason for contesting against Bersatu is obvious, it's now an opponent not an ally. While Dr M's faction, comprising 6 MPs might not be an opponent, they aren't committed allies either. The same can be said about Warisan, which is why Harapan would be fools not to contest in those seats and try to win them for itself.

If they give way to Bersatu and Warisan, who go on to win those seats, we will be back to status quo, with Shafie and Dr M using their leverage to block Anwar from becoming PM. Might as well contest against these parties, win a few seats and try to get enough to form a majority without the help of external parties.

This really is what Harapan should be focusing on instead of daydreaming about launching a counter-coup. Let Perikatan implode. Even if Perikatan manages to stay together until GE15, they won't be able to come to an agreement on seat allocations.

The reason for this has been well articulated in many places but in a nutshell, it is this: Bersatu, UMNO and PAS are all targeting the same demographic. None will want to budge an inch on seats that they consider theirs. And there are a lot of overlapping seats.
Posted by Oon Yeoh at 5:32 AM