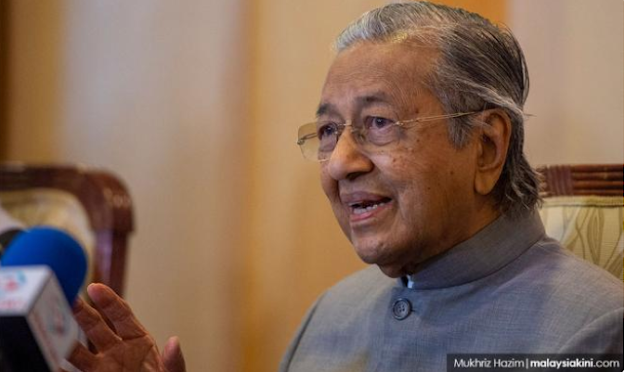 Dr M has predicted that his new party, Pejuang, will win around 30 seats in the next elections and that it will then be in a position to become kingmaker.

Now, I've said many times in the past that in GE15, Harapan parties must contest in seats previously contested by Bersatu. That should include seats being contested by former Bersatu (turned Pejuang) members.

In fact, I've long argued that Harapan should consider contesting against Warisan too. Why? For the same reason. Warisan is not a (true) ally of Harapan. Its commitment has all along been to Mahathir, not to Harapan.

Don't forget that Shafie rejected the proposal that Anwar become the PM designate for Harapan. There's no indication that his position on that matter has changed. But Harapan's PM designate is Anwar. As such, Warisan cannot be considered an ally. It's not the enemy but it's not an ally that can be depended on.

So, unless something formal can be drawn up whereby Warisan aligns itself formally to Harapan and agrees to accept Harapan's candidate for PM, there's no reason why Harapan should give way to Warisan either.

Harapan has to win enough seats in GE15, on its own steam, to form the government. That means at least 112 seats, on its own. It cannot rely on Warisan's numbers to add to that tally and it most certainly cannot rely on Pejuang, which has already declared publicly that it will want to play the role of kingmaker!