What to make of Anwar's bid to become PM 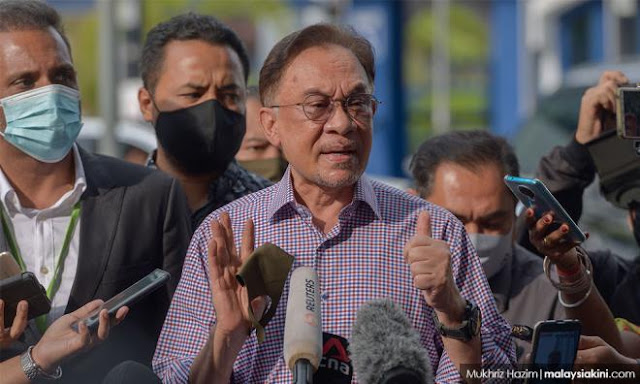 Let's start with what we know:
a) We know that he's pretty much got Harapan behind him.
b) We know that whatever numbers he's got, it doesn't include Dr M's 5 MPs from Pejuang.
c) We know (thanks to Zahid) there are some UMNO MPs supporting Anwar.

What can we don't know:
a) Who are the UMNO MPs that support him?
b) Does he have anyone from GPS and PAS (maybe a few from each
c) Is Warisan behind him? (That's not a given).

The big question on everybody's mind is whether Anwar really has the numbers or is he just bluffing? If he's bluffing, this is really high stakes poker he's playing. If it's proven in the end that he does not have the numbers, his reputation will take a fall that he will never recover from.

That alone makes me think he's not bluffing. He probably does have the numbers, with support from some individual members of UMNO, PAS, GPS and perhaps Warisan. If you add it all up, it could be a comfortable majority, even without Pejuang's 5 MPs.

The problem is all those guys who are supporting him will surely want plum positions or promises of this or that. Anwar has said that no deals have been made. And one would think that he is savvy enough to know that if he make some blatantly corrupt deals, he's finished. So, perhaps they are supporting him simply because they see him as the so-called "lesser evil" compared to Muhyiddin.

But short of any kind of special deals or promises made, how can that be? What could Anwar offer them that Muhyiddin can't or won't, especially if no deal has been made? That's an imponderable.

The other natural question is how can such a government, cobbled up by taking in various individuals from here and there, be a stable one? If these Johnny-Come-Lately supporters can abandon Muhyiddin in search of "greener pastures" what is to say they won't do the same to Anwar when they see a better opportunity?

Of course the King has a crucial role to play here. If he interviews each and everyone of the crossover MPs, he could impress upon them that he really wants to know how serious they are about supporting Anwar as the new PM, and he could tell them he won't take it kindly if they keep switching sides. The King has a lot of moral authority and it would be a brave MP who dares to make a fool out of the King.

Whatever the case, it looks like Muhyiddin's days as PM are numbered. As it is he only has a majority of two MPs in Parliament. That's pretty damn slim. His government could easily crumble any time. And from the sounds of it, there are at least two UMNO MPs not happy with him. So, it's just a matter of time.

The real question is whether Anwar, assuming he can cobble together a majority, is able form a stable and steady government. That is the big unknown.