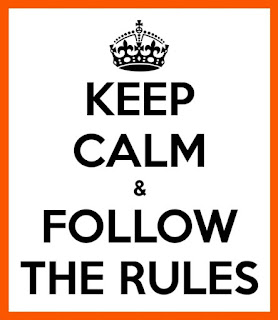 I'm sure by now you've seen that viral video of a doctor arguing with some enforcement officials about whether he should be allowed to exercise outside. While this was the most publicized account of the differing opinions about whether people are allowed to exercise outside during the lock-down (or Movement Control Order, to be more formal), apparently there is still quite a lot of disagreement among segments of the population about this matter.

I recently received a message from a friend who said in her neighborhood there's quite a lot of debate about this matter, with some arguing that it's not allowed while others believing that it is.

While the initial announcement of the lock-down was not very clear on this -- and the doctor was technically correct in pointing out that the MCO is not a curfew -- it's pretty obvious by now that we shouldn't be going outside unless it's to buy groceries, go to the pharmacy, go to the clinic, etc. The so-called "essential" stuff.

We haven't yet reached a point like in France or Italy where you have to fill out a form whenever you want to go out to do something but if you've been following the news and listening to what the leaders are saying, it's basically, "Don't go outside unless it's absolutely necessary".

In my neighborhood, people are still taking their dogs outside to let them ease themselves and older folks can still be seen going outside for fresh air and perhaps a brisk walk around the neighborhood. So far, nobody's objecting as far as I can tell.

I think some people will starting voicing their displeasure if somebody starts jogging or cycling around the neighborhood though. Not that jogging solo or cycling solo is endangering anybody but it goes against the whole "stay at home" spirit that the government is trying to impose, for our own good.

Somehow, just taking your dog out for a brief moment or stepping outside for a short walk just doesn't seem like a flagrant disregard for the lock-down in the way that jogging or cycling appear to be.

There's no need to argue about the legality of this matter, about whether the MCO is actually a curfew or not (it's not). As I had mentioned earlier, it's clear by now that we should be staying in as much as we can.

I don't think this is unreasonable if we want to contain this virus or at least prevent it from overwhelming our health system the way it has done in Italy. In fact, I wouldn't even object if the government felt it was necessary to impose a strict curfew.

Sam Harris, in his Making Sense podcast, said that the challenging thing about this Covid-19 situation is that the things you need to do to contain the virus would always seem over-kill at the time it needs to be done and by the time it's obvious that these things need to be done, it's already too late.

For example, the time to shut down schools is before any kid gets the virus. But if you did that early on, some people would say that's an over-reaction. Of course by the time one or two kids get the virus, everybody would agree you need to close the school. But by then, those kids would have infected someone.

You're seeing this play out in the US where governors of badly afflicted states are reluctant to order a strict shut-down. As a result, millennials were still going to the beach and living it up. You've probably seen that famous clip of some teen saying, "If I get Corona, I get Corona... that's not going to stop me partying."

Why don't they just issue a lock-down and ban people from going out like they've done in Italy, Spain and France? Because it's hugely unpopular. People will think it's overkill. Of course when scores of people start getting the virus and the death toll starts rising at an alarming rate, no one will object to it but by then it's too late.

If it means we need to get the army involved with soldiers (not carrying guns) helping the police ensure that the lock-down is observed, I'm all for that. After all, people are still defying the lock-down.

And if it means I can't jog outside and instead have to jog on my treadmill (or if I don't have a treadmill, jog in place or do push-ups or whatever), so be it. That's a small inconvenience compared to what we will have to face if Malaysia becomes like Italy.

Let's bear the inconvenience and hardship now. Just stay at home and cut off the chain of infection. No need to argue on technical grounds whether a lock-down constitutes a curfew etc, etc. Now is not the time to argue the letter of the law but rather to live by the spirit of the law.

Just stay at home as much as possible so that the lock-down doesn't have to be prolonged.
Posted by Oon Yeoh at 2:22 PM