Najib has a point 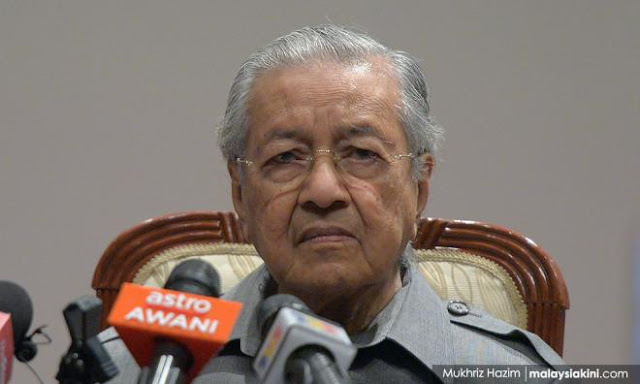 It's normal for politicians to spin things so that it makes them look good — or at least not bad.

Dr M says: "I remain loyal to my comrades who fought with me in the 14th general election."

"If you had no intention to betray Harapan, you would have discussed with Harapan leaders before you resigned.

"Did you discuss or notify them before you went to see the Yang di-Pertuan Agong to hand in your resignation letter as PM?

"You didn't. Why? Be honest about what actually happened then," Najib tweeted in response to Malaysiakini's article.

While it's true that Dr M did not betray Harapan in the way that Muhyiddin and Azmin did, it cannot be said that he remained loyal to his comrades who fought with him in the 14th general election.

After he abruptly resigned as PM, his comrades invited him to attended a Harapan presidential council meeting to try to secure control over the government. Dr M rejected that. Instead he mooted something completely different, which was a unity government where he alone could pick and choose whom he wanted in his cabinet. Basically it would be a government where everyone would be beholden to him and he would be accountable to no one.

Not only did Harapan reject that. So did the other side. Everyone rejected it.

Najib has a good point. If he was so loyal to his comrades, why did he resign unilaterally, without discussing it with them first? The answer is obvious. He thought he could pull off his unity government plan without a hitch.